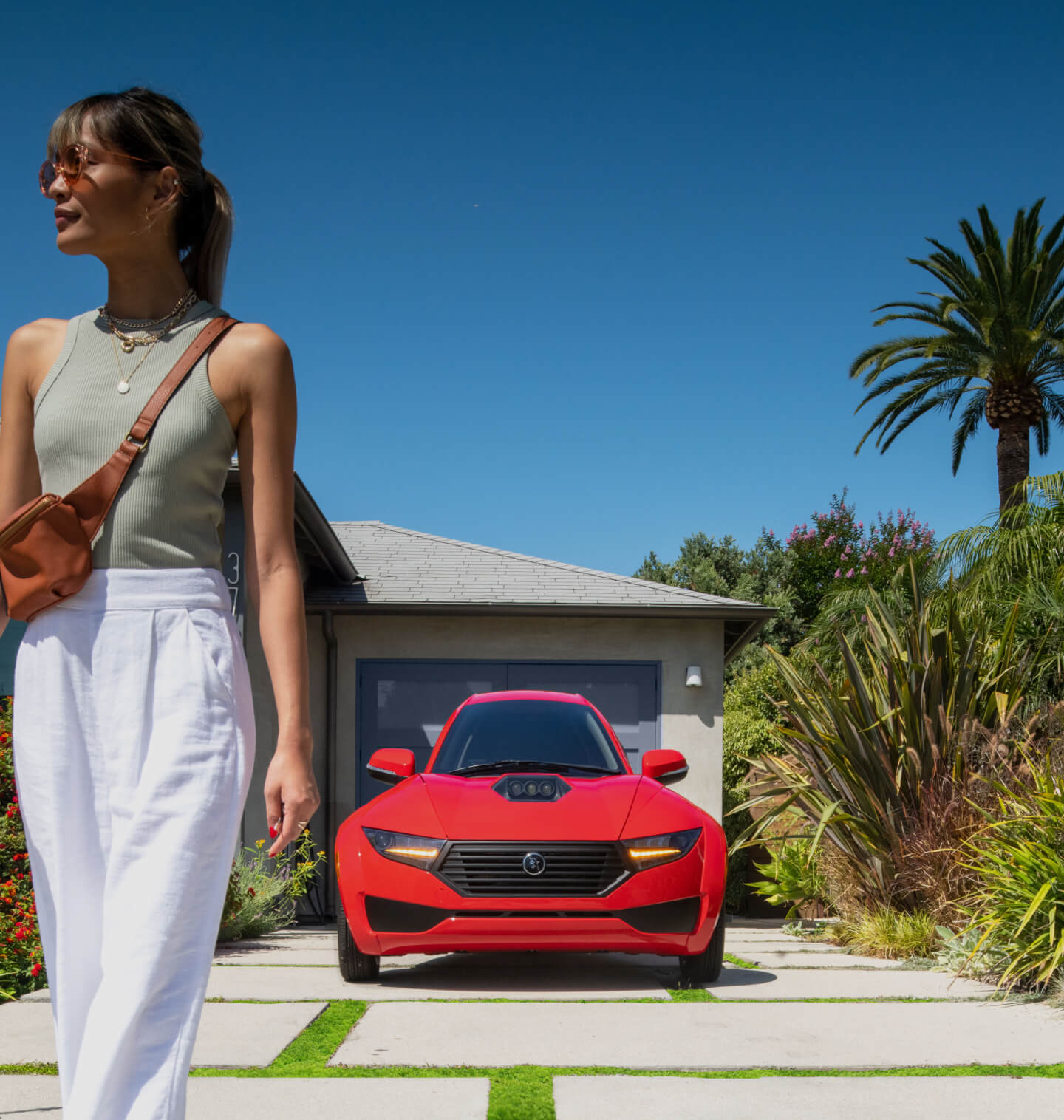 about us is more
about you.

about us is more about you.

If you’re like a lot of people these days, you’re thinking about the changes you can make to live smarter, happier, and more sustainably.

We’re proud to make exhilarating, all-electric vehicles that help you on that journey.

Take SOLO for instance. Since 80 percent of our trips are taken alone, and since most people drive far fewer than 100 miles a day, we imagined a highly affordable EV that doesn’t waste space, waste materials, or waste energy.1 It’s the kind of imagination we think you, and the planet, might appreciate.

Down the road, we can’t wait to bring you more big ideas that revolutionize the way you move – starting with the eRoadster and Tofino. When we promise you a ride unlike any other, no one else means it like ElectraMeccanica does.

A new company with a long history.

ElectraMeccanica was founded in 2015, but its history is much richer. Founded as Intermeccanica by Frank Reisner in Turin, Italy in 1959, the company began by building performance parts and racing cars. The Intermeccanica name holds a cherished legacy in the collector world to this day.

More than half a century later, ElectraMeccanica was formed, adding a chapter to Intermeccanica’s brand story but also sparking something entirely new – a vision of transportation that’s as responsible as it is electrifying.

Transforming the way we all get around takes a team of passionate thinkers and dreamers.  We’re always looking for new minds to make us even better.

careers
1 U.S. Department of Transportation Federal Highway Administration citation from 2021 based on 2019 mileage.